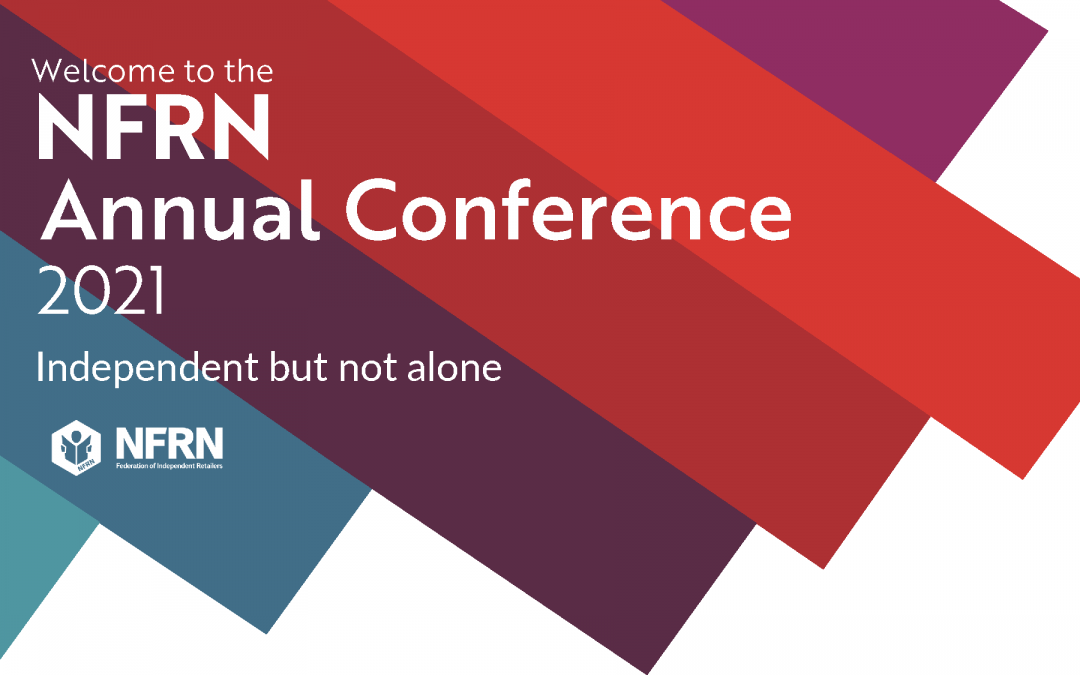 On the first morning of the NFRN Annual Conference 2021, Stuart Reddish addressed the audience and welcomed the delegates from all over the UK to the Bournemouth International Centre.

After thanking Yorkshire district president James Wilkinson for opening the conference, Stuart ran through some of the successes that the Federation has experienced during his presidency.

He said: “Who would have thought, two and a half years ago when I was elected by you, as your National President that the world would have changed and what key part independent retailers would play in making sure England, Ireland, Scotland and Wales continued to function.

“Independent retailers have come into their own, with a fantastic response to serve their communities which was rightly recognised by government and media. The independent sector as a whole were heroes, but the NFRN certainly had a fair share of our own.”

Stuart said the Covid pandemic saw the NFRN swing into action by setting up a hardship fund for members who were struggling financially through having to close or seeing their footfall decimated. The fund was supported by district branches, individuals and suppliers and quickly rose to £250,000, with awards of up to £2,000 helping to save businesses from closure and to keep businesses out of bankruptcy.

He added: “When we launched our Shop Local, Shop Little Heroes Awards, we had entries from all districts. Their stories were compelling and their self-sacrifices in supporting their communities and individuals in their local areas were very moving.

“I was proud to host a luncheon at The Ritz Hotel in London where three winners were announced from the 12 finalists. They will now go on to NFRN Awards in January, where the overall winner will receive a fantastic prize

“Unfortunately, we lost members and friends from Covid. In particular we lost Owen Church, Peter Seaman and Peter Stead, and we should recognise their contributions to the NFRN.”

Throughout the rest of the first day, delegates heard and saw presentations from NFRN partners The Retail Mutual and Boost Drinks, as well as from department heads from News, Business Development and Facilities and Special Projects.

07/10/2021
The main focus of the third and final day of the Annual Conference was the installation of the newly elected National President, national vice president and national deputy vice president.
Read More

05/10/2021
On the first morning of the NFRN Annual Conference 2021, Stuart Reddish addressed the audience and welcomed the delegates from all over the UK to the Bournemouth International Centre.
Read More
This website uses cookies to improve your experience. We'll assume you're ok with this, but you can opt-out if you wish. Read More Cookie settings ACCEPT Reject
Privacy & Cookies Policy