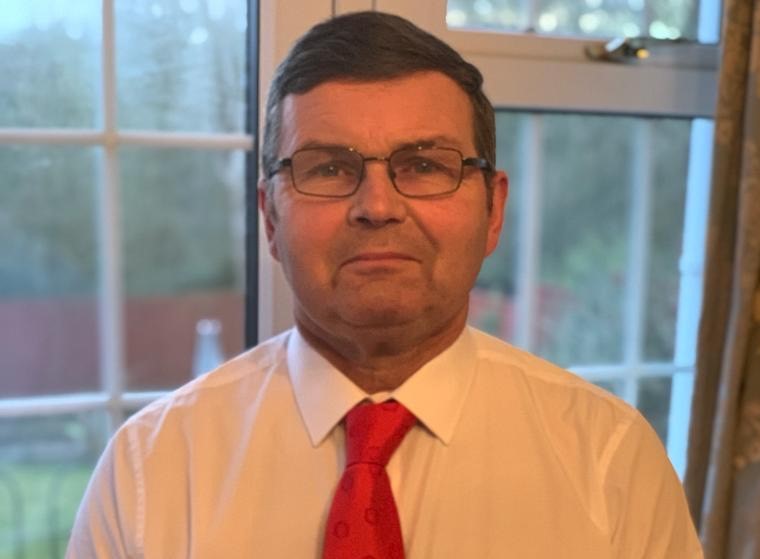 Mr Tate arranged a meeting with the recently elected Conservative MP for Stockton South, Matt Vickers, to gain a greater understanding of the politician’s views on retail crime.

Speaking of the meeting, which took place on Friday 13th March, Mr Tate said: “I decided to contact Mr Vickers because tackling crime is part of the role that he has taken on.

“He was only elected in December, so, I was eager to get his take on retail crime.

“Retail crime is such a big issue within the industry at the moment – as are the problems associated with retail crime, such as begging.

“I wouldn’t personally say that retail crime is out of control within the Teesside area, however, I wanted to question him about it in order to prevent it from becoming a bigger issue.”

Mr Tate continued: “His response was really positive. Mr Vickers was very eager, interested, and wants to do the best that he can to get on top of retail crime.

“I’ve asked him to attend our next NFRN Northern District meeting. The meeting won’t take place until later this year because of the coronavirus outbreak.

“It was very easy to arrange the meeting. I would recommend other NFRN members to do the same. Some are nervous to contact their local MP but that is definitely a barrier that they have to get over.”

Mr Tate also plans to contact the local Labour and Conservative Police and Crime Commissioner (PCC) candidates – who oversee the local police and are responsible for helping to prevent crime within the area – to discuss their existing and future plans for retail crime.

Members in the North East of England are advised...

Showing no sign of slowing down his good deeds,...

A delegation from the Northern district met...

26/07/2022
Publishers have set up a conditional cut-off extension across all England and Wales news wholesaler sites of 30 minutes for issues dated Wednesday 27/07/22.
Read More
This website uses cookies to improve your experience. We'll assume you're ok with this, but you can opt-out if you wish. Read More Cookie settings ACCEPT Reject
Privacy & Cookies Policy