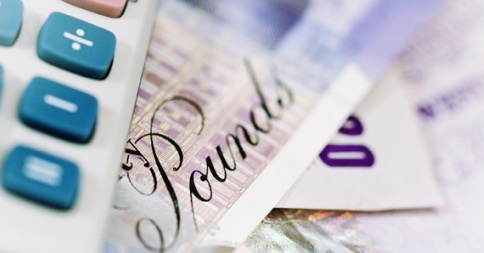 The Welsh Governments Economic Resilience Fund had benefited from a further £100 million from ministers within 72 hours of launch.

Within 24 hours of launching on Friday, the fund recieved more than 6,000 grant applications from small and medium sized businesses and social enterprises, revealing the true scale of the challenges Welsh businesses are facing.

This fund aims to complement and fill in any gaps left by UK Government schemes such as the Job Retention Scheme.

Less than three weeks after the First Minister announced the intention to create this fund, a further £100 million was given by the Welsh Government, taking the total fund to £300 million. This will supplement the latest phase of support, providing non-repayable grants to microbusinesses, SME’s and larger businesses in critical, social or economic importance to Wales.

The Institute of Directors called it ‘very welcome news for business owners and managers who are desperate for all the help they can get at this difficult time’. The South and Mid Wales Chambers of Commerce has called ‘the rapid response to date’ of the Welsh Government in supporting the economy of Wales ‘impressive’. The Wales TUC welcomed ‘additional funding to address the gaps’.

“We knew that even with the help offered by initiative such as the Job Retention Scheme, there was a massive need for quick access to grant funding if Welsh businesses were to survive this unprecedented economic shock. Whilst in order to make the scheme quick and simple we needed to take tough decisions over eligibility – like requiring businesses to be registered for VAT as a way of having to check on their trading history – it is clear from the level of response received that the Economic Resilience Fund is plugging a gap in UK Government support and providing much needed financial reassurance to many businesses at this challenging time. We will continue to review support and consider how we can develop it over the coming days.

“The rate of applications has been massive and unprecedented. This is the second time in a matter of weeks that access to Welsh Government funds aimed at easing cash flow pressures for Welsh business have quickly reached capacity, and we have responded with pace to release a further £100m into this phase of the fund.

“In these difficult and demanding economic times we have worked hard to free up resources to create such a large Fund despite the huge demands on our budget, and to strike a balance between supporting as many enterprises as possible and making a meaningful contribution to each one’s survival, as well as asking each recipient to sign up to the principles of the economic contract.

“Though we applaud much of what the UK Government has done, there is an urgent need to see more of the promised lending guaranteed by the UK Government getting to the front line. The UK Government must continue to support and press the high street banks to be much more responsive to the needs of our businesses at this difficult time.”

Finance Minister Rebecca Evans said: “The Economic Resilience Fund is part of more than £2bn of support that we have made available to help businesses and charities during these incredibly difficult times.

“We know that support for business is crucially important but whilst we are doing everything we can in Wales to plug any gaps and provide the best possible financial support to businesses, it is clear there are further steps that the UK Government needs to urgently take.”

To ensure that money reaches businesses as quickly as possible more than 120 additional Welsh Government and Business Wales staff have been diverted onto processing applications and supporting businesses and organisations in this latest stage of the Fund.

North Wales and Gwent PCCs want to hear from you

North Wales and Gwent PCCs want to hear from you

20/04/2020
The Welsh Governments Economic Resilience Fund had benefited from a further £100 million from ministers within 72 hours of launch.
Read More

15/07/2021
August 7 will see all legal limits on the number of people who can meet others end but rules on face coverings are set to continue most indoor public places, except in hospitality businesses, such as pubs and restaurants. Wales...
Read More

27/04/2020
Ken Skates, Economy, Transport and North Wales Minister, has announced that businesses and organisations that have successfully applied for the Welsh Government's £500 million Economic Resilience Fund will start receiving payments by the end of the week.
Read More
This website uses cookies to improve your experience. We'll assume you're ok with this, but you can opt-out if you wish. Read More Cookie settings ACCEPT Reject
Privacy & Cookies Policy