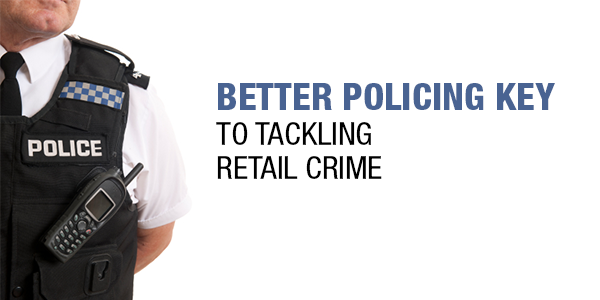 The call to better protect shop owners and their staff came in a digital hustings organised by the Federation of Independent Retailers (NFRN), which represents almost 1,500 retailers in Scotland.

The hustings took place on April 19, ahead of the Scottish parliament on May 6.

Taking part in the debate were Scottish Labour Leader Anas Sarwar, SNP candidate for Edinburgh Eastern and the Minister for Community Safety Ash Denham, Scottish Cabinet Secretary for the Economy in the last parliament and the Conservative candidate in West Scotland region Maurice Golden, MP for Edinburgh West and the Liberal Democrats’ spokesperson for the Treasury and Trade Christine Jardine and the Scottish Greens’ candidate in the Highlands and Islands Anne Thomas.

Admitting that retail crime was “a massive issue”, Mr Sarwar said this was exacerbated by police failing to engage when small value items were stolen. He described policing efforts as “not good enough”, adding that too many women and BAME shopkeepers felt targeted.

“Too many people have to live in fear at work because of the colour of their skin, accent or sex,” he added.

Agreeing that current levels of crime were unacceptable, Ms Denham called for more education and more reporting of incidents to raise awareness of the scale of the issue.

Citing poverty as one of the factors behind retail crime, Ms Thomas called for “better, more responsive policing”.

Ms Jardine blamed the frustrations of young people, citing their lost job opportunities and lost education. “The root of the problem is increasing inequality, “ she said.  “We have to improve our social projects and education to get people out of poverty.”

The Greens candidate also called for a review of business rates and said it would look to introduce a windfall tax on online retailers.

According to Mr Golden, business rates were no longer suitable in a digital age.  The system was unfair which was why the Conservatives would look to review them.

Mr Sarwar also called for reform, explaining there was a need to address the imbalance between online retailers, the larger supermarkets and independent retailers.

Other topics covered in the hustings were the impact of Brexit on the supply chain, Scottish independence and whether shop staff should be given priority Covid jabs.

Speaking after the event, which could be viewed via the NFRN Facebook page, Scottish district president Ferhan Ashiq said: “The Scottish hustings was brilliant. It was a great opportunity for members to put their questions and concerns to the leading political figures from the five main parties in Scotland.”

Panini UK have been taken aback by the demand...

Funding provided by the Scottish Government offers a one-off...

The Federation of Independent Retailers (NFRN) has expressed shock...

07/10/2021
Cadbury Plant Bar, a plant-based alternative to the nation’s favourite chocolate, Cadbury Dairy Milk, will be available from November. The new bar, which will sit alongside the standard bar on shelves, underscores Mondelēz International’s ongoing commitment to offering consumers greater...
Read More

28/09/2021
Smiths News are sending out a letter to all news retailers detailing their plans amid the current fuel crisis.
Read More

14/04/2020
Introduced in the Coronavirus (Scotland) Act., as part of new measures to help businesses, the notice period before a commercial lease can be terminated for non-payment of rent has been extended.
Read More
This website uses cookies to improve your experience. We'll assume you're ok with this, but you can opt-out if you wish. Read More Cookie settings ACCEPT Reject
Privacy & Cookies Policy