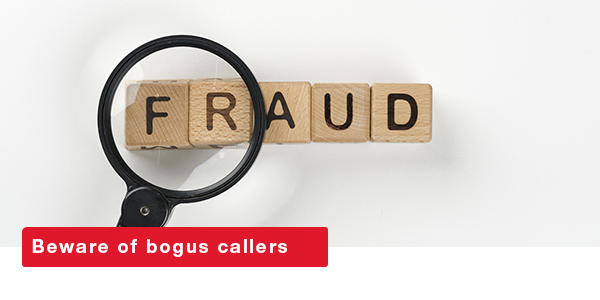 Members in Scotland are warned to be on their guard against bogus officials after a woman claiming to be from HMRC walked into a shop and claimed the owner owed more than £5,000 in unpaid taxes.

The fraudster told store owner Hussan Lal that his PAYE was outstanding from 2019/20 and that she had come to collect it.

I was really taken aback. I told her my accounts were all up to date and then she said they could come to some arrangement, at which point I said I would call my accountant.

His accountant advised him not to do anything more than tell the woman he would get back to HMRC to verify his accounts. The woman then left the shop after leaving a mobile number.

HMRC and other organisations would never work in this way, and members are advised not to hand over any payments or give any personal details such as bank account numbers to anyone claiming to be an official representative.

Panini are excited to announce the launch of a...

Panini have announced the launch of a brand new...

Covid-19 Restrictions In Northern Ireland Extended For One More Week

13/11/2020
Covid-19 restrictions in Northern Ireland will be extended for one more week, with a partial reopening of some sectors next Friday, it has been confirmed.
Read More

28/07/2020
The Government of Ireland have released a poster to encourage people to wear face coverings when going into a store.
Read More