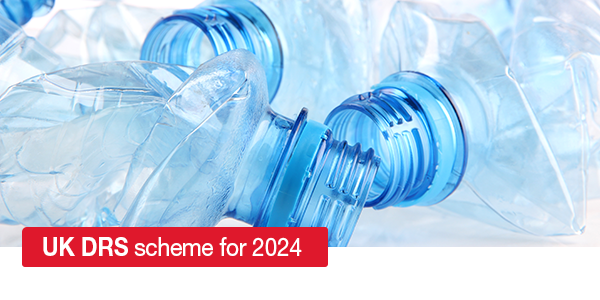 The NFRN has confirmed its support for a deposit return scheme (DRS) for the whole of the UK in its response to government consultation.

However, we also warned that whether DRS can be delivered across the UK, excluding Scotland, in 2024 depends on a number of factors.

Key amongst these are the speed at which the UK government gets parliamentary approval for the legislative framework, and how quickly an official administrator is then appointed to put the scheme in place.

The other factor in delivering the scheme in 2024 is the closeness of the UK scheme to that being developed in Scotland. Interoperable schemes are desirable from the perspective of fraud prevention and an efficient supply chain.

The closer the structure and operation of the two schemes are, the more the experience and lessons gained in implementing the Scottish scheme can be used to speed up the introduction of DRS in the rest of the UK.

The NFRN was the first retail trade association to support the introduction of DRS and we are keen to see it reach its maximum potential.

Deposit return schemes will be at their most effective and efficient when the public understands them. Differences between schemes in different countries within the single trading area of the UK will serve only to cause confusion, particularly in the border areas, and drive down return rates.

The latest national survey on retail crime confirms the...

When it comes to energy drinks, Coca-Cola European Partners...

JTI has announced the return of its field sales...

No Changes To Carriage Charges Until September 2022, Smiths News Confirms

25/02/2021
Smiths News will be confirming its plans to delay its carriage charge review until 2022 in a SNApp message to customers at lunchtime today and in letters that will appear in tote boxes later this week.
Read More

21/09/2020
CEOs from 23 major British retailers and the sector’s leading industry bodies have joined forces in writing to the Prime Minister to ask him to provide effective legal protection for shop workers in the face of increasing levels of abuse and violence.
Read More