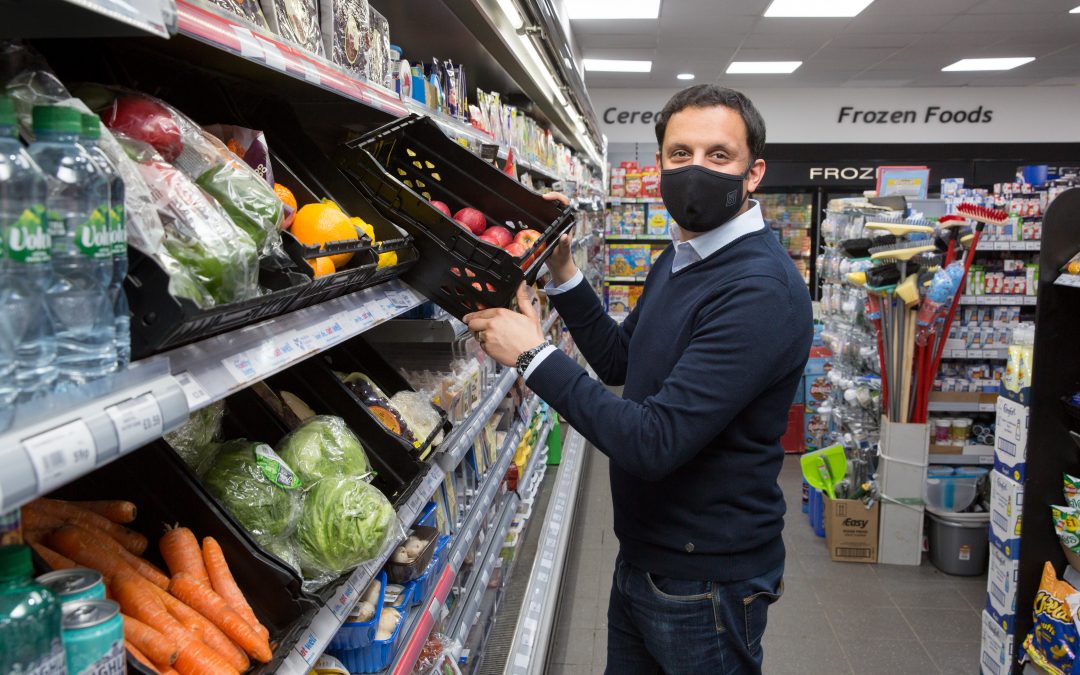 Leading politicians have praised independent retailers for heroic work during the pandemic – and called for action to protect them from crime and financial harm.

The candidates were speaking ahead of  online hustings run by the Federation of Independent Retailers (NFRN) which represents almost 1,500 retailers at the heart of their communities.  The hustings, on April 19, are before elections to the Scottish parliament on May 6.

Anas Sarwar, Scottish Labour leader, said: “Shopworkers have been the unsung heroes of the pandemic.

“They have worked tirelessly to ensure that vulnerable people are receiving essential groceries and other products, particularly in rural locations where independent retailers are often the only shopping option.

“When we thank the key workers who are fighting the coronavirus on the frontline, let’s never forget the shopworkers.

“I’m proud that Scottish Labour led the campaign in Parliament to deliver greater protection for shopworkers, and during this election we will be fighting hard for small businesses which are the lifeblood of our economy.”

Ash Denham, SNP candidate for Edinburgh Eastern and the minister for Community Safety in the last Parliament said: “The SNP wants everyone in Scotland to live in communities where they feel secure and safe from harm. To help build safer communities we are investing in the police, the fire and rescue service and taking action to prevent crime and violence.

“And it is why the SNP Scottish Government supported and passed new laws aimed at improving protection for shop workers from abuse and assault. It means Scotland is leading the way on protection of shop workers by giving staff who work in almost 1500 NFRN convenience stores at the heart of their communities the protection of the law that they richly deserve.

Maurice Golden, Shadow Cabinet Secretary for the Economy in the last Parliament and Conservative candidate in West Scotland Region said:  “Independent retailers are at the centre of our economy.

“If we don’t ensure they recover as part of the Covid-19 fightback, there simply won’t be an economic recovery.

“As someone who ran a convenience store as part of a family business, I know well just how difficult life can be for small retailers.

“The UK Government has provided huge financial support during this past year, but it’s the future that people are now interested in.

“Independent retailers want to get open and start trading again – that’s the best financial solution for them.

“And when they do, it’s critical that the next Scottish Government creates an environment in which they can thrive.”

Christine Jardine, MP for Edinburgh West and the Liberal Democrats’ spokesperson for the Treasury and Trade. said: “The pandemic has torn through our lives. Businesses struggled to survive. But shops are community lifelines. When the whole world closed down, they remained open. The importance of retail work is indisputable.

“A successful high street provides jobs and a sense of community. We will reform business rates to take the burden off high street retailers unfairly hampered compared to online-only retailers with lower premises and costs.

“We need the next government to have a needle-sharp focus, not distractions. We want to get on with the job of recovery and repair the damage. Scottish Liberal Democrats will put recovery first.”

“Our members welcome the opportunity at this event to listen to the politicians and also raise central issues such as retail crime –  abuse, theft and assault.”

Make Sure You Register For The Mail...

Smiths News have released a letter update on the Coronavirus.

Member To Save Over £2K By Switching To Bionic

02/09/2022
The Fed is calling for more financial help from the government and for the energy price cap to be extended to businesses.
Read More

27/10/2022
The National Business Crime Centre has released a series of training videos aimed at those working in the retail sector. Find out more.
Read More

“We Won’t Lay Down And Accept This”: NFRN Fight To Get News Industry Wrongs Put Right

08/07/2020
In the third of a series of videos, National President Stuart Reddish addresses the facts and “dispel some myths” of the news industry.
Read More
This website uses cookies to improve your experience. We'll assume you're ok with this, but you can opt-out if you wish. Read More Cookie settings ACCEPT Reject
Privacy & Cookies Policy