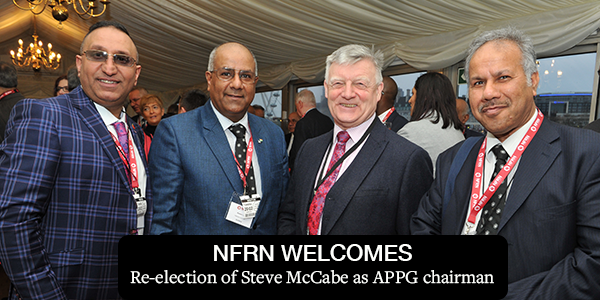 The NFRN has congratulated Labour MP Steve McCabe on his re-election as chairman of the All-Party Parliamentary Group for Retail Crime.

Mr McCabe, MP for Selly Oak, was re-appointed at a meeting last week. He has been chairman of the cross-party group since November 2018.

Under Steve McCabe’s chairmanship, the APPG has made real progress in making the government more aware of the true impact that retail crime has on independent retailers and in the communities in which they serve.

We are delighted that he has been re-elected as chairman and look forward to working closely with him to continue to push in parliament the concerns, not just of our members’, but of the whole independent sector on retail crime.”

Baroness Eaton and MPs Alex Norris and Peter Bottomley were appointed as vice chairs of the group, for which the NFRN is responsible for the secretariat.

Distribution changes for retailers in Stevenage and...

Independents Can Do More To Stand Out...

The Retail Mutual is seeking to help independent retailers...

Total ban on vaping flavours is a step too far

04/03/2022
Independent retailers in Ireland have condemned calls for an outright ban on vaping flavours as unjustified after the issue came into the spotlight at a committee hearing. As well as proposing a ban on sales of tobacco and vaping products...
Read More

28/11/2022
Next week sees the Health Lottery starting its Christmas promotion, with lots of guaranteed prizes to be won by your customers.
Read More

14/01/2021
Business Minister Paul Scully has today (January 14) issued an open letter to all employers across the country, urging them to build awareness of domestic abuse.
Read More
This website uses cookies to improve your experience. We'll assume you're ok with this, but you can opt-out if you wish. Read More Cookie settings ACCEPT Reject
Privacy & Cookies Policy