PayPoint vows to reinvigorate relationship with NFRN in positive meeting 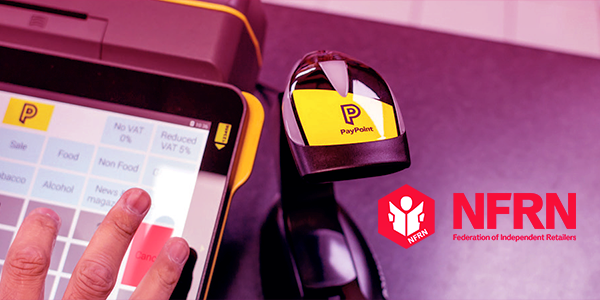 PayPoint chief executive Nick Wiles has vowed to reinvigorate his company’s relationship with the NFRN after a high level meeting with National President Stuart Reddish.

Afterwards, Mr Reddish described the meeting, which took place on April 7, as “positive and constructive.”

He added that PayPoint and the NFRN would work together on ways to help members Make and Save money and Make it easier to do business together.

“The meeting was called so the NFRN could share our members’ concerns. Mr Wiles listened carefully and stressed that he was keen to restore the relationship between PayPoint and  the NFRN.

“I will now be working on a plan that meets with the Federation’s ethos to help make and save members money and make it easier for them to do business with PayPoint.”

The meeting was a follow up to one called earlier in the year, after PayPoint announced that it was increasing its monthly service fee to its retailers by 1.4 per cent from this month.

Smiths News have released a letter update on the Coronavirus.

25/02/2022
NewstrAid, the industry charity, will be offering a discretionary grant to its most vulnerable beneficiaries to help them cover the cost of rising household bills due to increased energy prices. To access the grant, people working in the news industry...
Read More

Cut in retailer margins by Newsquest branded a disgrace

03/11/2021
The Federation of Independent Retailers (NFRN) has reacted with anger and dismay at the announcement by publisher Newsquest that it is reducing retailers’ margins at the same time as increasing the price of its regional and local titles.
Read More

Independent retailers back minimum unit price for alcohol in Ireland