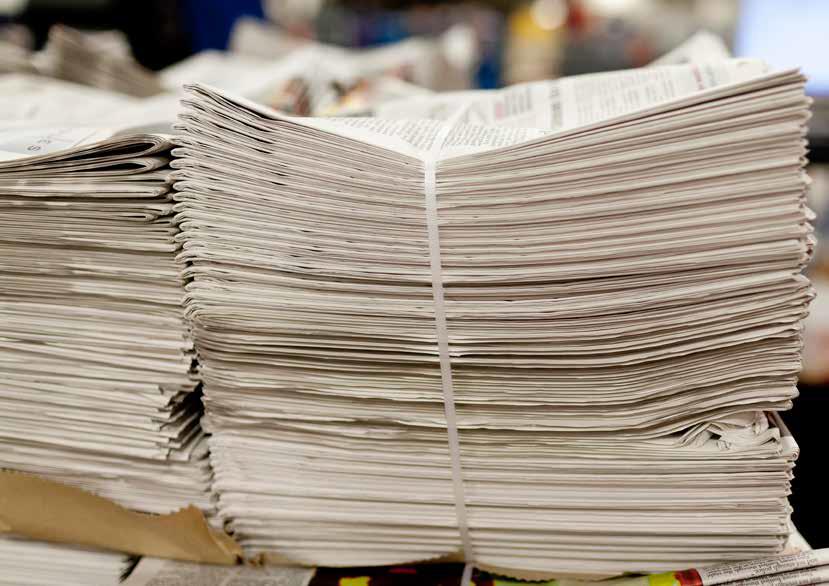 The Federation of Independent Retailers (NFRN) has condemned regional newspaper publisher Newsquest for slashing the terms that retailers receive on a number of its publications in the north west of England and north Wales.

NFRN National President Stuart Reddish said members had been left reeling from the margin cuts which become effective from Monday July 20 and are being enforced without any increases to cover prices.

On the Leigh Journal, the retail margin will be more than halved – from 50 per cent to just 21 per cent. This means retailers will receive 15p less for each copy of the publication they sell.

On five other titles published by Newsquest’s North West and North Wales division – the St Helens Star, the Messenger, Wirral Globe, Rhyl Journal and the Chester & District Standard – the margin is being hacked from 25 per cent to 21 per cent, resulting in retailers earning between 2p and 4p less per copy.

In a letter to retailers, North West and North Wales newspaper sales manager Chris Strong wrote: “Retail margin reductions are never comfortable for retailer – or publisher – but the longevity of these titles is paramount. Local journalism is absolutely vital and we have fought for our communities for more than 100 years. We are determined to ensure we are still doing so long into the future and by reducing retail margins we can invest in a sustainable future.”

Responding on behalf of NFRN members, Mr Reddish said: “Terms reductions are unpalatable at the best of times but usually they occur alongside cover price increases. To make such a move without any price adjustment has left retailers reeling. Newsquest is demonstrating complete contempt for hard pressed and hard working newsagents by expecting them to take a massive hit.

“Yes, local newspapers are an essential part of communities but publishers have to wake up to the fact that if they want retailers onside they must make it worthwhile for them to stock their titles. Doing otherwise could mean the essential information they provide could disappear as members re-examine the profitability of these titles and decide to cut back on their orders or even remove the titles from their shelves.”

The latest national survey on retail crime confirms the...

The Fed has created a range of posters to...

11/01/2022
HM Revenue and Customs (HMRC) has urged retailers to declare and include COVID-19 grants or payments on their company tax returns if they are taxable.
Read More

21/10/2020
The Federation of Independent Retailers (NFRN) says the new parcel collection service announced by Royal Mail will be a severe blow to many of its members.
Read More

10/01/2022
Following the disappointing news that News UK would be increasing its carriage charge to retailers within the M25 area in 2022, the publisher has announced some new year cheer in the form of cover price increases on weekday and Saturday...
Read More
This website uses cookies to improve your experience. We'll assume you're ok with this, but you can opt-out if you wish. Read More Cookie settings ACCEPT Reject
Privacy & Cookies Policy