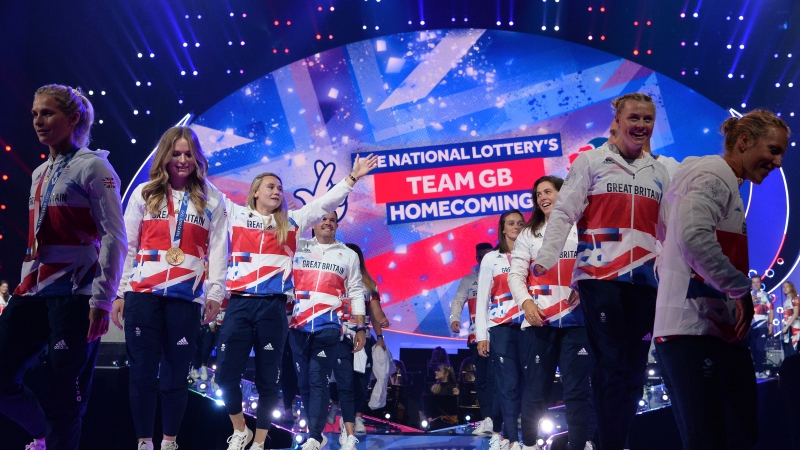 National Lottery provider Camelot has revealed its highest-ever ticket sales for the first half of 2021 (April-September), fuelled by Lotto and the Tokyo Olympic and Paralympic Games.

National Lottery ticket sales reached £3,961.4 million for the first six months of the financial year – an increase of £107.3 million on last year.

Camelot said the majority of the increase was driven by growing sales of draw-based games to £2,228.1 million – up £78.7 million, with special event draws and game features that drive player engagement and excitement.

A key strand of activity over the half-year was the National Lottery’s largest-ever brand campaign for Tokyo 2020 – a summer-long programme that reminded players that, every time they play a National Lottery game, they directly support Team GB and Paralympics GB athletes.

Camelot then went further to make the connection between ‘play and purpose’ by devising and staging two National Lottery Homecoming events at Wembley Arena. These were broadcast at primetime on BBC One and Channel 4 and gave thousands of National Lottery players a chance to welcome home their Olympic and Paralympic heroes with a stellar line-up of live entertainment.

Retail remains the largest National Lottery sales channel and Camelot works closely with around 44,000 retailers across the UK, with independent outlets making up the majority.

Its in-store standards programme for independent retailers has continued to prove enormously successful, with £288,000 in cash rewards awarded to independent shopkeepers in the first half of the year. Additionally, retailer satisfaction scores continue to track at their highest-ever level.

Furlough Scheme ends across the UK

From Thursday 30 September, the Coronavirus Job Retention Scheme in England,...

09/09/2021
From October 1, temporary measures provided during the pandemic to support businesses from insolvency will end.
Read More

24/11/2021
A new #ShopKind poster campaign encourages customers to treat shopworkers with respect and kindness throughout the Christmas season.
Read More

23/09/2021
We have been made aware that several members have received a letter from Smiths News regarding proposed changes to their RDT times. Smiths have now advised that any member who has received the letter today can ignore it.
Read More
This website uses cookies to improve your experience. We'll assume you're ok with this, but you can opt-out if you wish. Read More Cookie settings ACCEPT Reject
Privacy & Cookies Policy