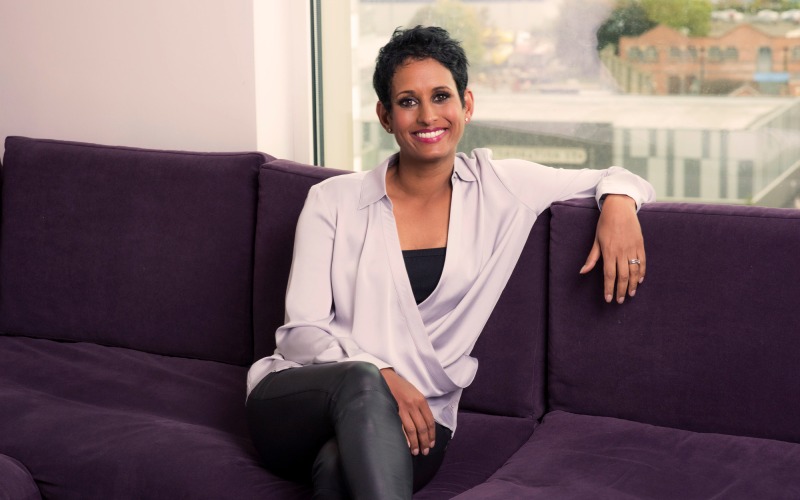 Television presenter and journalist Naga Munchetty will be hosting this year’s NFRN Awards on the evening of January 28th 2020, the Federation of Independent Retailers is delighted to announce.

Starting out in print journalism, Naga wrote for the City Pages of the Evening Standard, and for the Business section of the Observer. She then began reporting for Reuters Financial Television, and was then a Senior Producer at CNBC Europe, and a reporter and Business Producer for Channel 4 News.

She has also presented on Bloomberg Television where she covered the state of the economy, the collapse of Northern Rock and the economic downturn.

National President Stuart Reddish said: “The NFRN Awards are one of the most important dates in the news and convenience retailing calendar and we are thrilled to have Naga Munchetty hosting this year’s proceedings.”

The 2020 NFRN Awards celebrate all that is great about independent retailing and are taking place at the Royal Lancaster Hotel in London.  A total of 13 awards will be presented to the best independent retailers, their staff, products and suppliers across the UK and Ireland.

For more information about this year’s event, visit our NFRN Awards homepage.

Counterfeit currency may be identified during a cash purchase...

The NFRN is aware of the recent disruption of...

18/03/2020
The NFRN understands that local authorities have been instructed to write to businesses telling them how they will be managing the business rate and grant processes.
Read More

21/05/2020
With the postponement of the UEFA Euro 2020 tournament, until 2021, Panini are taking a look ahead to what will be a much anticipated and celebrated tournament next year, in the hope that this will fill the ‘footballing gap’ for...
Read More

17/03/2020
The NFRN has welcomed the unanimous passing of the Assault on Retail Workers Bill through its first stage in Parliament yesterday (March 16).
Read More
This website uses cookies to improve your experience. We'll assume you're ok with this, but you can opt-out if you wish. Read More Cookie settings ACCEPT Reject
Privacy & Cookies Policy