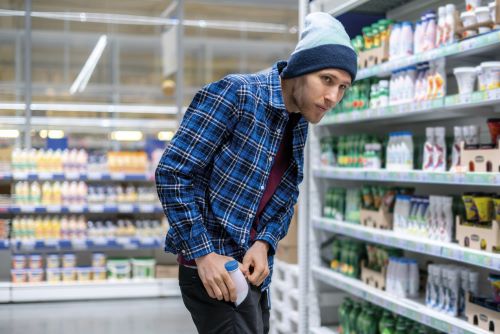 The Federation of Independent Retailers (NFRN) has welcomed the news that the government is to get tougher against anyone attacking or abusing a shop worker.

Policing minister Kit Malthouse has announced that the government is to table an amendment to the Police, Crime, Sentencing and Courts Bill which will make it an offence to assault anyone providing a public duty.

In a letter to members of the National Retail Crime Steering Group, to which the NFRN belongs, Mr Malthouse said: “This amendment will send a very strong signal that assaults of this kind are totally unacceptable. This government wants to ensure that retail staff and those who are serving the public can feel protected from abuse when working. It will reinforce in statute the seriousness with which the courts should treat these offences.”

Mr Malthouse added: “This legislative change recognises the very strong public and Parliamentary feeling about assaults against public-facing workers, and builds on the important work already underway by this group to ensure that assaults are not seen as part of a retail worker’s job.”

Welcoming Mr Malthouse’s comments, NFRN National President Narinder Randhawa said: “Everyone involved in retailing deserves to work in an environment that is safe.  Sadly, the reality is that theft, vandalism, and physical and verbal attacks are all too familiar for many NFRN members.

“For some considerable time, the NFRN has been calling for the government to get tough on those who assault retail workers.  News of this amendment to the Police, Crime, Sentencing and Courts Bill that will make it an offence to assault anyone providing a public duty is very welcome.”

The amendment will be debated during the Report Stage of the Bill in the House of Lords.  This is expected to take place before Christmas.

As well as calling on the government to take a tougher stance against people abusing shop staff, the NFRN has been meeting with police and crime commissioners in England and Wales to encourage them to include tackling retail crime in their statutory crime plans.

Commercial Plus Continues To Go Above And...

Members are praising Commercial Plus yet again for providing...

With our AGM fast approaching and as the South...

Newsagents urged to seize the opportunity as...

Independent retailers should seize the sales opportunities offered by...

15/02/2022
From April 1, 2022, the Department of Agriculture, Environment and Rural Affairs (DAERA) will increase the carrier bag levy to 25 pence for all bags priced at £5 or less. In new moves to further protect the environment and encourage...
Read More

28/02/2022
The legal requirement to wear face masks in some public locations across the Republic of Ireland have been removed. This means the Irish public will no longer have to wear face coverings in shops, schools, on public transport, and in...
Read More