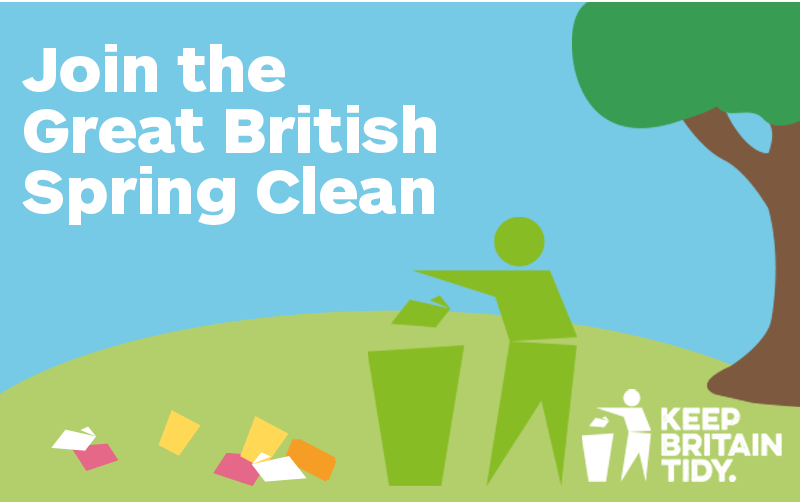 According to the organiser, Keep Britain Tidy, support for the scheme had been amazing, with more than 650,000 volunteers promising their time.

In a statement, Keep Britain Tidy said: “However, our first priority is to make sure everyone stays safe and well so, with no small measure of sadness, we have taken the decision to postpone this year’s Great British Spring Clean until September.

“We will be asking that instead of cancelling your clean-ups, you look to reschedule for the new campaign period.”

The NFRN was working with one of the scheme’s supporting partners Coca Cola European Partners (CCEP) to help make their communities a better place to live.

A Coca-Cola European Partners spokesperson said: “This week, Keep Britain Tidy announced they have taken the decision to postpone the Great British Spring Clean until 11-27th September 2020. We are also postponing our planned clean-ups until the new campaign period in September.

“We have been so pleased by the support customers have already shown for this year’s Great British Spring Clean and hope that they get behind it again later in the year, when we will be on hand to support once again. The Great British September Clean will have an even greater role to play in uniting communities after these difficult times – giving people an opportunity to come together and show their support, to help #KeepBritianTidy.

“Anyone who has established plans to host clean-ups that they wish to continue with, should litter-pick in line with KBT’s safety guidelines and be sure to align with the latest guidance from government.”

RN is the leading business magazine for independent news...

You’re onto a winner with the Grand...

With the 2021 Grand National taking place on the...

Public May Have To Wear Masks For A Year Despite Vaccine

New Schemes To Assist Businesses As The UK Economy Restarts

08/07/2020
In his summer economic statement, the Chancellor of the Exchequer Rishi Sunak, announced a number of schemes to assist businesses as the UK economy restarts.
Read More

22/06/2020
This week NFRN members should have assembled in Bournemouth for the Federation's 2020 Annual Conference but these are far from normal times.
Read More
This website uses cookies to improve your experience. We'll assume you're ok with this, but you can opt-out if you wish. Read More Cookie settings ACCEPT Reject
Privacy & Cookies Policy