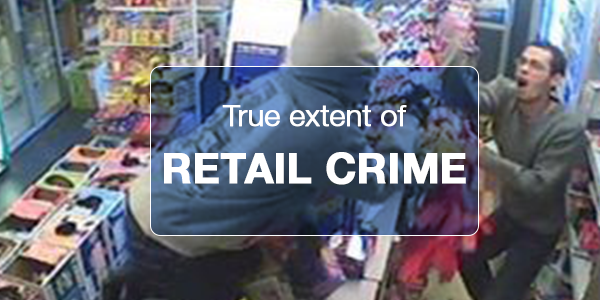 The latest national survey on retail crime confirms the Federation of Independent Retailers’ (NFRN) concerns regarding the increase of attacks in shops.

The NFRN has campaigned tirelessly to highlight the need for a better police response and tougher sentencing for those who carry out these crimes.

The survey by the British Retail Consortium (BRC) reveals a sharp rise in the number of attacks suffered by retailers, with the number of incidents of violence and abuse now reaching 455 a day – almost one every minute.

Apart from the physical and mental impact this has on retailers and their staff, the financial cost to the retail industry is a staggering £2.5 billion a year.

According to the survey, the police response to retail crime incidents was rated as ‘good’ or ‘fair’ in just 40% of cases, while only 6% of violent incidents ended in prosecution.

This latest report confirms what we have been telling the government and the powers that be for years – that independent retailers are being let down and ignored by the system.

I get reports every day from our members who have been physically attacked or threatened, while others have been coughed at or spat on, particularly during the Covid pandemic, and racially abused on a regular basis.

Nobody should have to deal with such incidents as part of their job but, sadly, all too often retail workers have come to see it as just that – part of the job.

The rules around the enforcing of Covid-19 regulations have strengthened the case for a change in the law more than ever. The police and the courts must take these incidents more seriously and protect those who work in retail by introducing tougher sentencing as an effective deterrent.

The NHS test and trace system forms a central...

All non-essential shops in Northern Ireland must close from...

Republic of Ireland members received a festive boost with...

28/05/2021
The latest national survey on retail crime confirms the Federation of Independent Retailers’ (NFRN) concerns regarding the increase of attacks in shops.
Read More

09/08/2022
Publisher Reach has produced some fantastic colourful season previews to coincide with the start of the new football season.
Read More
This website uses cookies to improve your experience. We'll assume you're ok with this, but you can opt-out if you wish. Read More Cookie settings ACCEPT Reject
Privacy & Cookies Policy