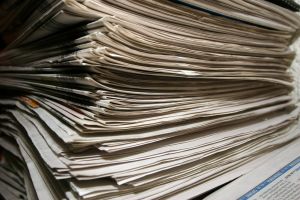 The Scotsman has been thanked by members of the Federation of Independent Retailers (NFRN) after the newspaper announced it would be maintaining retailers’ profit margins when it increases the cover price of its weekend and weekday editions.

Commenting, NFRN National President Stuart Reddish said: “Just recently we held an industry forum with Scottish newspaper publishers to discuss ways of boosting sales of the printed copy so the Scotsman’s announcement that it is maintaining retailers’ profit margins alongside price increases on all its editions is a great confidence booster for our members in Scotland.

“The Scotsman is demonstrating that it recognises the important role that retailers play in the news supply chain and, to repay this vote of confidence, the NFRN and its members in Scotland look forward to working closely with the publisher to further boost sales.”

No Self Assessment Late Filing Penalty Until 28 February

The chancellor has outlined an unprecedented package of support...

Margins maintained as cover price rises in January next year.

20/04/2020
The Kent police have released more advice on staying secure during the COVID-19 outbreak.
Read More

01/03/2022
Independent retailers have praised MPs after an amendment to the Police, Crime, Sentencing and Courts Bill that makes attacking a shop worker an aggravated offence was passed in the House of Commons last night (February 28).
Read More

The Fed has a new man at the helm

22/02/2022
Stuart Hale has taken over the reins as chief operating officer at The Fed. Mr Hale officially took up his post on Monday, February 21 and will be based at the organisation’s head office at Bede House, in Durham. He...
Read More
This website uses cookies to improve your experience. We'll assume you're ok with this, but you can opt-out if you wish. Read More Cookie settings ACCEPT Reject
Privacy & Cookies Policy