It’s Not Part of the Job: Retail Sector United in Call for End to Violence Against Shopworkers 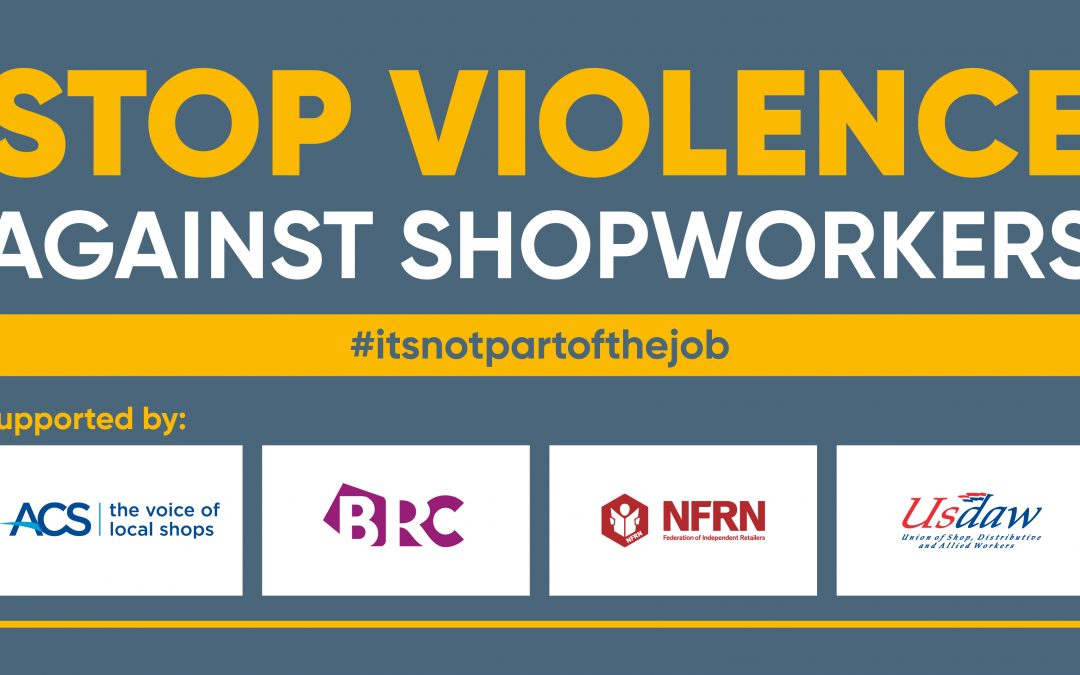 Members of the Association of Convenience Stores, British Retail Consortium, National Federation of Retail Newsagents and the shopworkers union, USDAW, presented a united voice to Government at a parliamentary event on Tuesday, calling for an end to violence against shopworkers.

Evidence from the industry and official Home Office figures show that there is a growing problem of violence and abuse in the retail sector. This is despite retailers investing £1.2 billion in crime prevention equipment and training to protect shopworkers from violence, abuse and crime.

Retailers and their colleagues often face abuse just for enforcing the law and doing their job. The most common triggers for violence and abuse are encountering shop thieves, enforcing age restrictions, and refusing the sale of alcohol to intoxicated customers.

The business groups and Union have called for the following measures to be introduced to tackle the problem:

Stuart Reddish, National President, NFRN said: “No retailer should feel scared to provide for their family, yet assaults on shop staff are at their highest level in decades and the impact can be both devastating and long lasting, for them, for their families and for their communities too.

“All too often we hear the triggers are challenging customers suspected of stealing or because there has been a request for proof of age. But it’s not just the hit on profits that affects retailers – there is a human cost too – and that’s not just in terms of physical injuries but on anxiety and stress.

“That’s why the NFRN is calling on the government and the police to tackle retail crime once and for all. Everyone working in retail must have confidence in their workplace and know that should a crime incident occur they will receive the response and protection from the government, police and justice system that they deserve.”

ACS chief executive James Lowman said: “In the convenience sector alone, we estimate that there have been around 50,000 incidents of violence and abuse against people working in shops. The justice system is not doing enough to tackle the cycle of repeat offending, and retailers lack confidence in the police’s ability to deal with crimes committed against their business. We’re sending a clear message to the Government that change is needed to better support our members.”

Helen Dickinson OBE, Chief Executive of the British Retail Consortium, said: “Over 400 retail workers suffer as a result of violence or abuse every day. These are real people, whose hard work is felt by millions of customers every day. Violence in retail leaves a lasting impact on those affected, as well as their colleagues, families and local communities.

“We need a stronger police response to criminal incidents, and tougher sentences for those who assault retail workers. No one should have to go to work fearing violence or threats.”

Paddy Lillis, General Secretary, Usdaw said: “Usdaw’s research has shown that over 400* shopworkers across all sectors of retail are assaulted every day. Today’s ACS report confirms that the problem is a particular issue for the convenience sector. When retail employers and the shopworkers’ trade union jointly call for action to stem this growing epidemic of violence against shop staff, it’s time for Ministers to sit up and take notice.

“All too often criminals feel they can get away with assaulting shop staff and are not punished. That’s why we need Government action to help protect staff through the creation of a simple stand-alone offence that is widely recognised and understood by the public, police, the judiciary and most importantly criminals.

“Our message is clear, abuse is not a part of the job. Retail staff have a crucial role in our communities and that role must be valued and respected, they deserve the protection of the law.”

Jo Whitfield, Chief Executive, Co-Op Food: “Violence and abuse towards shopworkers is getting worse – every day in 2020 so far in Co-op stores alone more than 100 of my colleagues have been abused and 12 attacked. Businesses and unions, colleagues and management, big stores and local corner shops all united in their call for action from Government so that shopworkers know their Government cares about them.”

The groups have also called on the Government to publish its response to the Home Office’s call for evidence on violence and abuse as soon as possible. The consultation took place in spring last year, and received hundreds of representations from shopworkers that have been the victims of abuse and violence while at work. Since the call for evidence closed in June, the latest Home Office Commercial Victimisation Survey data suggests that there have been over 300,000 assaults and threats of people working in the retail and wholesale sector.

Retailers in Scotland can benefit from two new exclusive...

Members in the North East of England are advised...

24/11/2020
A new scheme providing consumers with vouchers to spend with local retailers is among the latest support announced by the Northern Ireland Executive.
Read More