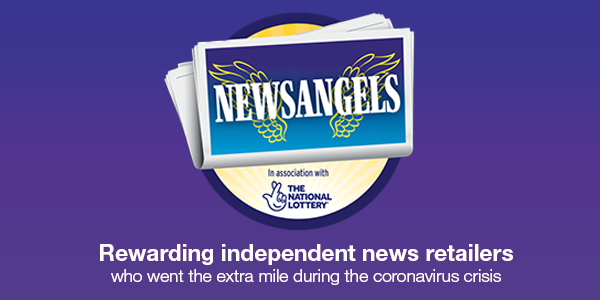 Even more NFRN members have been featured in the Daily Express, News Angels campaign.

The News Angels campaign was created by the Daily Express, in association with the National Lottery, to thank and reward the newsagents who went the extra mile for their customers during the pandemic and subsequent lockdowns.

NFRN members from all around the UK have been featured in the Daily Express to encourage people to nominate their local newsagents. Retailers from different areas were highlighted in different editions of the paper.

On June 10, Graeme Pentland who runs Ashburton Village Store in Gosforth was featured alongside members from North East and Yorkshire and Humberside area. Over lockdown, he bought 16kg catering packs of flour and separated it into takeaway boxes as there was a flour shortage and people desperately needed it. Rocky Jalota of Rowley’s News and Off Licence in Huddersfield, and Tahir Ali who runs Scotch Estate Premier Top Shop in Jarrow, South Tyneside were also mentioned.

June 9 saw the Daily Express highlight retailers in North West England and the Midlands. Julie Kaur of Jule’s Premier convenience store in Hadley, Telford, Shropshire set up a series of charity events, including a 25-day hiking and running challenge which raised £5,000 for three charities. Peter Wright of Pitchforth News in Liverpool and David Lomas who runs Lomas News in Unsworth, Bury, were also commended for their hard work over lockdown.

On June 8, the focus was on members from Wales and South West England. Trudy and Ian Woosnam of Woosnam and Davies News in Llanidloes, Wales, provided vital provisions for people who were vulnerable or isolating roughly within a 10-mile radius from where their shop is based. Raj ‘Sunny’ Patel of QMS Store in Swindon, Wiltshire and Paul Patel who runs a WHSmith Local in Southampton also featured in the article.

On June 7, the Daily Express thanked retailers in Scotland and the South East of England. Dennis and Linda Williams who own Premier Broadway Convenience Store in Oxgangs, Edinburgh, ran a fundraiser and managed to raise £13,000 for 150 families in need.  Retailers Jayshree and Dipak Shah of  H & R in Camberley, and Mamun Ur-Rashid who runs the Premier Linthouse Convenience Store in Glasgow, were also mentioned in this edition of the paper.

Nominations for the News Angels are still open with nominations closing at 11.59 pm on Sunday, June 20. The winner will receive £5,000 with 10 runners-up also winning £1,000. We would love to see a member of the NFRN win! 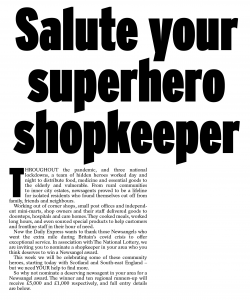 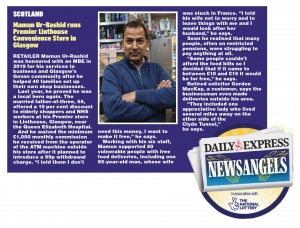 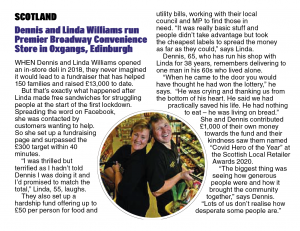 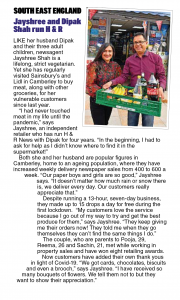 The NFRN have released a risk assessment guide to...

Independents Can Do More To Stand Out...

The Retail Mutual is seeking to help independent retailers...

09/12/2021
The Federation of Independent Retailers (NFRN) has welcomed the decision by Scottish news publishers Aberdeen Journals and D C Thomson to include pro rata terms for newsagents as part of price increases for three of their titles.
Read More