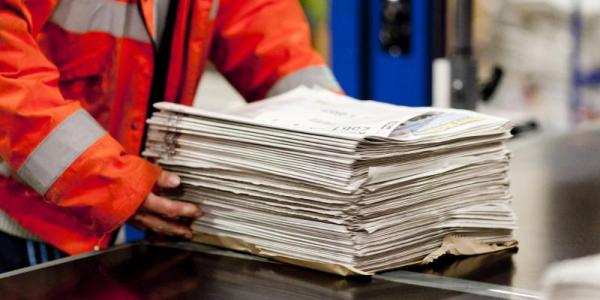 The NFRN is opposing a request from newspaper publishers for a conditional extension to cut off times into news wholesalers in the south west of England this Thursday (August 12).

The move has been requested by the News Media Association (NMA) to enable newspapers to carry match reports and the final score if the European Super Cup final game between Chelsea and Villareal on the evening of Wednesday August 11 goes into extra time.

The NFRN is calling for the request to be retracted because the game is not “significant enough” to warrant an extension.  There is also discontent around current arrivals times among members in the south west.

In an email to the NFRN advising of the cut off, Roger Clapham, chairman of the NMA’s Supply Chain Committee, said: “This is in line with previous years and is an entirely conditional arrangement – in that ONLY IF that game goes to extra time there will be a 30 minute cut-off extension for issues dated Thursday  August 12.”

Wholesaler branches that could be affected are:

Mr Clapham added: “Any extension would be entirely conditional on the above game going to extra time, and would only be applied at the named branches above.

Joint vehicles would also be split to ensure arrival asap.”

He added: “We obviously hope that this extension is not necessary and that the game finishes in normal time but our editorial departments want to ensure we have coverage in all copies – certainly for some titles it’s seen as a return to the football season and important to ensure it’s in all editions.”

A new expansion pack for the Pokémon Trading Card...

The Fed has created a range of posters to...

A successful day at the races for The Fed

The NFRN is opposing a request from newspaper publishers...

21/09/2020
From today (September 21) the i newspaper is launching a regular feature which aims to shine a light on independent retailers and the “great job” that they do.
Read More
This website uses cookies to improve your experience. We'll assume you're ok with this, but you can opt-out if you wish. Read More Cookie settings ACCEPT Reject
Privacy & Cookies Policy