NFRN members were announced as winners at the Convenience Store Awards that took place on September 14 at The Londoner in Leicester Square.

Ash’s Shop in Cambridgeshire, Mulkerns EuroSpar in County Down, and H & Jodie’s Nisa Local in Walsall pipped other retailers to the post to be named winners at the awards that were hosted by Olympic champion Rebecca Adlington.

Ash’s Shop, owned by NFRN member Amit Puntambekar, was crowned Small Convenience Store of the Year. At the awards, the judges praised his ruthless approach to category management. They were also impressed by the use of data to ensure the right product mix and the staff’s community work.

Mulkerns EuroSpar in Newry, County Down, is owned by NFRN member Terence Mulkerns. At the Convenience Store Awards, they won two awards. These were Sustainability Retailer of the Year and Food to Go Store of the Year. The judges described their food to go offering as “food to go at its best”. They were also impressed at how their sustainability practises are not only central to the store but also extend to their paperless office.

H & Jodies Nisa Local in Walsall also won two awards at the event. Amrit Singh, NFRN member and the owner of H & Jodie’s, took home the Community Retailer of the Year award as well as the Retailers’ Retailer of the Year award. Their work to source and donate PPE equipment, as well as opening up a space in the store for a vaccination centre was highly praised by the judges at the event. On the Retailers’ Retailer award, the judges lauded the team at H & Jodie’s for pushing forward standards, being agile enough to change their range to what people expect and want and doing this whilst challenging the industry.

If you missed out on the Convenience Store awards but still feel that your store is worthy of praise and acclaim, then don’t fret! Nominations for the 2022 NFRN Awards are still open! 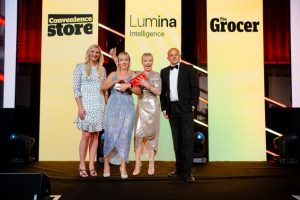 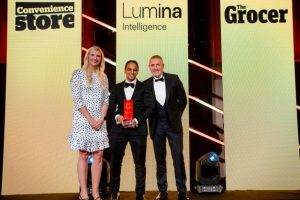 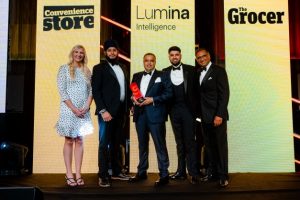 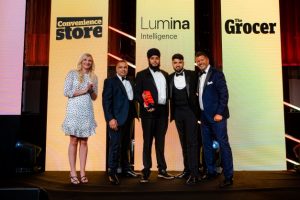 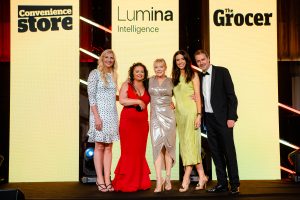 Mulkerns Eurospar collecting the award for Sustainability Retailer of the Year

Following the removal of Covid restrictions in England earlier...

Britain’s biggest newspaper publishers have come together to extend...

Payments for Quarter 1 are being made by Smiths...

04/06/2020
The Federation of Independent Retailers (NFRN) has renewed calls for a review into fairness in the news supply chain after owner Reach announced that forthcoming cover price rises on the Sunday Mirror and Sunday People will be accompanied by a...
Read More

13/01/2022
Last month, the NFRN published a survey to Northern Ireland members concerning the upcoming Government consultation about the reduction in the use of single-use plastics within the retail industry.
Read More