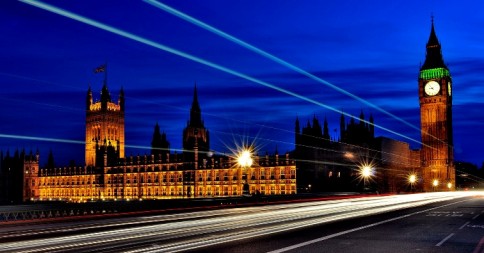 The NFRN has welcomed the unanimous passing of the Assault on Retail Workers Bill through its first stage in Parliament yesterday (March 16).

Commenting, NFRN National President Stuart Reddish said: “In the current challenging times when retailers around the country are more likely than ever to be at risk from threats and abuse from customers because of emptied shelves and bulk buying, this is really positive news. It is really important that everyone – government, suppliers and retailers – work together to protect shop workers and ensure they can do their job safely.”

Proposing the bill, Alex Norris MP spoke passionately about the issues affecting retailers every day. Besides quoting facts and figures around yearly numbers of incidents, he laid bare some of the frightening incidents that shop owners and their employees across the country faced on a daily basis, including being grabbed by the throat, insulted and threatened.

According to Mr Norris, the NFRN’s concern over a written answer to Tewkesbury MP Laurence Robertson regarding sentencing for shop thieves was a key incentive to him putting the legislation before the House of Commons for the second time in 18 months.

In the answer, Mr Robertson was told that the percentage of shop thefts being dealt with by the justice system stood at just 13 per cent – barely one in eight incidents – and down from 36 per cent a decade ago.

Speaking in the House, Mr Norris said that “whether it is businesses or unions, colleagues or management, big stores or local corner shops, everyone is united in their call for action. I hope that today this House answers the call positively and that, in time, the Government will follow our lead.”

The second reading of the bill will take place on Friday 24th April 2020.

These new measures will place new responsibilities on retailers...

In a new major coup for the Federation of...

29/06/2022
Current high inflation, together with the increased cost of raw materials, has led to an unprecedented period of sustained national newspaper cover price increases. Unfortunately, this has led to some publishers taking the decision to reduce the percentage margins retailers...
Read More

One More Day To Claim Your Booker Vouchers

02/11/2020
NFRN members only have one more day to claim their exclusive Booker vouchers from any Booker or Makro branch nationwide.
Read More

The Cadbury Twirl Orange Is Back!