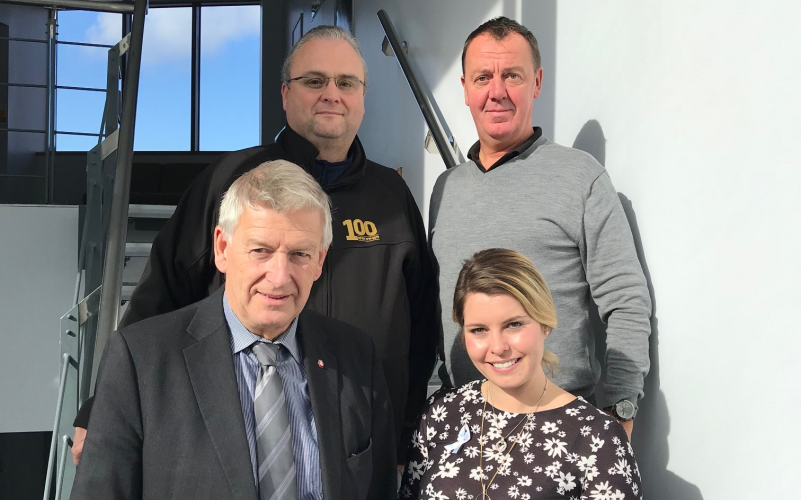 On Friday October 11, a delegation from the Northern district met with Kim McGuinness, Police and Crime Commissioner for Northumbria, at her Newcastle Upon Tyne offices to discuss retail crime and how it affects members’ businesses in Northumbria.

The NFRN representatives explained the impact of the high levels of violence and abuse members suffer everyday and emphasised the need for the local police to do more to prevent and address these incidents of crime.

The issue of shop theft and the concerns raised by members about the ineffectiveness of the police in investigating thefts under the £200 threshold were also highlighted during the meeting.

In turn, Kim McGuinness, explained that the police in Northumbria constantly work to ensure that all reported crimes are tackled, regardless of the value stolen, and added that the Northumbria police are trying to simplify the process of reporting crime. While she acknowledged that some local incidents of retail crime could have been better investigated by the local police, the PCC emphasised that more community police officers are being recruited to help retailers feel safer in their shops.

Ms McGuinness committed to make retail crime a priority in future Northumbria’s Police and Crime Plans and agreed to consult with the NFRN following the PCC elections in May 2020 to develop the new plan.

A delegation from the Northern district met...

Historic day as NFRN moves its Head Office to Durham

After 100 years, predominantly in London, the NFRN has...

From 25 September, the Guardian on Saturday will come...

Less than a week to have your say on New Year’s Day trading!

16/02/2022
Independent retailers in Northern Ireland have cautiously welcomed the announcement that non-domestic rates are to be frozen for the next financial year and that businesses will still receive a three-month rates holiday.
Read More

22/09/2020
The members of the All Party Parliamentary Group (APPG) on Retail Crime at the UK Parliament have submitted a response to the Sentencing Council’s consultation on assault offences.
Read More
This website uses cookies to improve your experience. We'll assume you're ok with this, but you can opt-out if you wish. Read More Cookie settings ACCEPT Reject
Privacy & Cookies Policy