It is with great sadness that we have to inform members of the passing of former National President and NFRN stalwart Peter Seaman.

Peter owned a newsagents in Bristol for many years and was well known to members in the south west district and beyond.

He held the position of NFRN National President in 1993-94 and was a key member of the Federation.

He said: “Peter was one of a kind, a gentleman and a real character.

“His commitment to the NFRN was unconditional and he would go to any measures to help any member, including nearly going to prison for his belief during a dispute.

“He could stand at a rostrum, hold the audience and turn them all round to his experienced views.

“He was one of the main influences in increasing our involvement in politics, knowing a lot of our issues needed MP support and changes in the laws.

“Even after retirement he became involved with NewstrAid, becoming an almoner and supporting both the charity and beneficiaries.

“A real loss to the trade and the NFRN.”

Our thoughts and condolences go out to Peter’s wife, Vera, and all his family and friends.

Details of the funeral arrangements will be announced in due course. 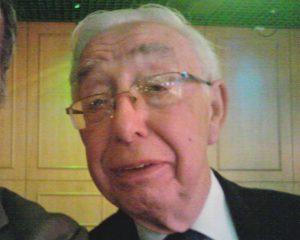 A new expansion pack for the Pokémon Trading Card...

Further details have been made available about the government's...

Customers reminded to look out for their tax credits renewals packs

11/11/2020
Following a spate of attacks in the West Midlands, the National Counter Terrorism Policing Headquarters (NCTPHQ) has released new advice on how to prepare your staff for potential hazardous substance incidents.
Read More