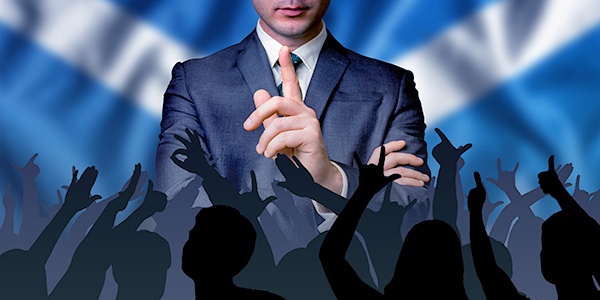 Leading figures from the five main political parties in Scotland are taking part in the NFRN’s online election hustings 6 pm on Monday April 19.

NFRN members are warmly invited to watch the event on Facebook Live and submit questions to candidates in advance or on the night.

Labour will be represented by Anas Sarwar, a former MP now MSP, who became Scottish Party Leader earlier this year.

He is no stranger to retail as the son of Mohammad Sarwar who ran a convenience store before branching into wholesale and politics.

Ash Denham, who grew up in the small town of Biggar, South Lanarkshire has for the last five years been SNP MSP for Edinburgh Eastern.

As the Scottish Government’s Minister for Community Safety since 2018, she is familiar with the concerns of NFRN members about abuse, assault and theft in shops.

Maurice Golden from Dundee, Shadow Cabinet Secretary for the Economy in the last parliament, ran a convenience store as part of a family business and has also worked for the environmental organisation Zero Waste Scotland.

Christine Jardine is a former BBC and newspaper journalist who is now the MP for Edinburgh West. She grew up in Clydebank and is the Liberal Democrats’ spokesperson for the Treasury and Trade.

Anne Thomas is the Scottish Greens’ candidate in the Highlands & Islands region.

She is a speech therapist working with children with additional support needs and a director of environmental charity Transition Black Isle.

Anne set up community markets, developed the ‘Our Local Larder’ website and ran ‘Keep the Heat in Campaign’  helping local businesses save energy and costs.

Elections to the Scottish Parliament take place on May 6.

According to the BBC, following a Supreme Court ruling,...

Independent retailers back call for action over...

18/10/2019
A delegation from the Northern district met with Northumbria PCC Kim McGuinness to discuss retail crime and how it affects members’ businesses in Northumbria.
Read More

Wales To Go Into Lockdown Over Christmas Period