The NFRN backs calls for changes to Business Rate System 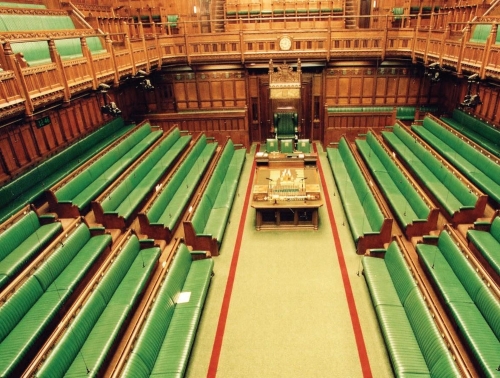 The Commercial Rent (Coronavirus) Bill which was introduced in November has been introduced by Parliamentary Under-Secretary of State for Business, Energy and Industrial strategy Paul Scully, who has begged to move that the Bill be read a second time.

Mr Scully stated pandemic-related lockdowns had been accompanied by temporary measures to stop evictions of commercial tenants for unpaid rent, but now commercial rent arrears were estimated to have reached £6.97 billon up and down the UK.

The announcement of the Bill follows the Autumn Budget which included further measures to support commercial landlords and tenants. This included reducing business rates in England by freezing the business rates multiplier for a further year, a tax cut worth over £4.6 billion, alongside introducing a 50 per cent business rates discount for the retail and hospitality sectors.

Brentford and Isleworth Labour MP Ruth Cadbury, too, welcomed the Bill and recognised how this would be welcomed by the retail industry. Ms Cadbury called for the government to go further than this Bill to support business’s and suggested that reform to the outdated business rates system and amendment of the rules so that a business must repay its bounce back loans only when it’s profitable again would be important steps in the post-pandemic recovery.

Mr Scully argued how the Bill supported landlords and tenants who could not otherwise agree in resolving disputed relating to the rent owed. It protected rent debts built up by business’s required to close during the pandemic, and it also established a new binding arbitration process.

Feltham and Heston Labour MP Seema Malhotra highlighted the need for a fair and transparent negotiation process and told ministers how Labour will closely scrutinise the Bill. Malhotra also suggested the bounce back loans should be like the current student loans scheme – only payable when business is deemed as profitable and in a strong financial position.

Scully said the Government would facilitate direct communication through business representative organisations, banks, and accountants. Scully also said that arbitration would have to consider a wide variety of factors such as evidence when determining viability and affordability.

The NFRN has joined forces with Paragon-Print...

Government cover wrap to appear on all...

As part of the Shop Local Shop Little campaign...

11/02/2021
“Don’t take the risk when it comes to your customers, staff, business and cover providers” says The Retail Mutual.
Read More

15/07/2022
Fed members were in the ascendancy at the Newtrade 2022 IAA Awards Gala Dinner, held at The Eastside Rooms in Birmingham on Wednesday night (July 13). Seven of the 13 categories were won by our members, including the title of...
Read More

04/05/2020
Launching on the 4th May 2020 the Coronavirus Bounce Back Loan scheme is set to help small and medium-sized businesses to borrow between £2,000 and £50,000.
Read More
This website uses cookies to improve your experience. We'll assume you're ok with this, but you can opt-out if you wish. Read More Cookie settings ACCEPT Reject
Privacy & Cookies Policy