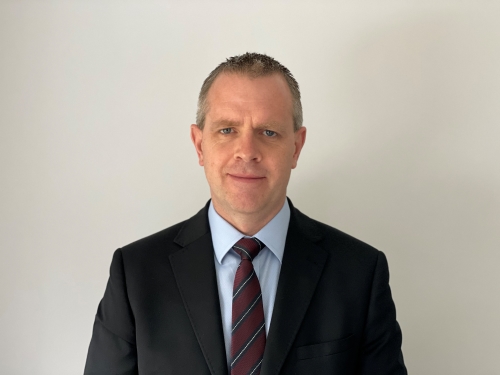 Police chief Patrick Holdaway has been confirmed as the first guest speaker at the NFRN’s Annual Conference this summer.

The City of London Police superintendent, who also leads the National Business Crime Centre (NBBC), will be taking part in a panel discussion on retail crime during the two-day conference.

This year’s event is taking place on June 20 and 21 at the new venue of The Vox Conference Centre in Resorts World, Birmingham.

Mr Holdaway is no stranger to the NFRN, as he attended the organisation’s centenary conference in Brighton in 2019 to discuss ways in which retail crime can be tackled.  He has spoken passionately at meetings of the All-Party Parliamentary Group on Retail Crime. The NFRN acts as the secretariat for this cross-party group.

At the NBCC, he works across policing and government to raise the issues that affect business, while developing and sharing best practice.

“Over the past year and following pressure from the NFRN, great inroads have been made in tackling this massive problem.  Last August saw the Protection of Workers Act coming into law in Scotland. This gives great protection to retail workers who face assaults and aggression for upholding the law on selling age-restricted products such as alcohol and tobacco. Towards the end of 2021, the UK government also agreed to take tougher action against offenders who assault anyone working in retail in the course of their duties with an amendment to the Police, Crime, Sentencing and Courts Bill, making it an aggravated offence to abuse retail workers.”

Mr Randhawa continued: “No one should be the victim of violence or theft in the workplace, yet these are an all too familiar part of life for independent retailers.  It is only right that this is an issue that comes under the spotlight at our Annual Conference, and we are delighted that Superintendent Holdaway will be playing an active part in the discussions.”

On Monday 18 October, The NFRN met with representatives...