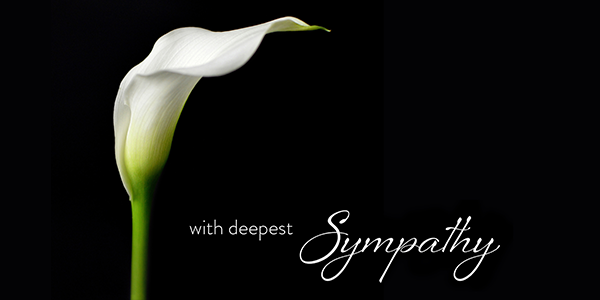 We are sad to announce the death of NFRN ‘statesman’ Peter Stead.

Peter, who was 81, died on Friday April 9 after a long illness.

Peter, who ran 18 shops around Wakefield in Yorkshire, served at national and district level.  He was Yorkshire District President twice, a National Councillor, Chairman of the Finance Committee and a National Trustee. As the latter, he was instrumental in the purchase of Yeoman House in London as the Federation’s head office.  For his loyal service, Peter was installed on both the Yorkshire District Roll of Honour and on the National Roll of Honour.

He was a member for more than 40 years and up to last year was attending Yorkshire District meetings.

“He was instrumental in me joining the NFRN and has always supported me and kept me true.”

On being elected National President, Mr Reddish added: “He has always believed in me and I hope to make him proud.”

“Peter was a stalwart of the financial side of the Federation for many years.  His contribution was remarkable. He was a true gentleman.”

A former National President Sam Whiteside said: “Peter was a gentleman and always gave his all for the Federation. Sincere condolences to his family.”

“I got to know Peter very well during his time as Trustee and National Councillor. One of the Federation’s statesmen. Deepest condolences to his family.”

Peter is survived by his wife Jean, son John and daughter Josie and by three granddaughters.  The Federation’s thoughts are with them at this very sad time.

We have yet to be advised of details of the funeral, although Covid-19 restrictions mean that attendance will be limited to 30 people.

Independent retailers have thanked the Daily Mail for accompanying...

Northern Ireland members of the Fed welcome the confirmation...

JTI Will Be Calling On Stores In Scotland And Wales

As of June 22nd the JTI salesforce teams began...

09/12/2020
The Low Pay Commission (LPC), which advises the Government on the level of the National Living Wage (NLW) and the National Minimum Wage (NMW), will today (Wednesday 9 December) release its full report outlining the rationale for its latest recommended...
Read More

19/06/2020
On Saturday 27th June, The National Lottery will introduce a new £15 Million must be won event to players.
Read More

Employers ‘named and shamed’ for paying less than minimum wage

05/08/2021
Business minister Paul Scully is warning businesses that it is unacceptable to pay workers below the minimum wage and that any company doing so “won’t get off lightly”.
Read More
This website uses cookies to improve your experience. We'll assume you're ok with this, but you can opt-out if you wish. Read More Cookie settings ACCEPT Reject
Privacy & Cookies Policy