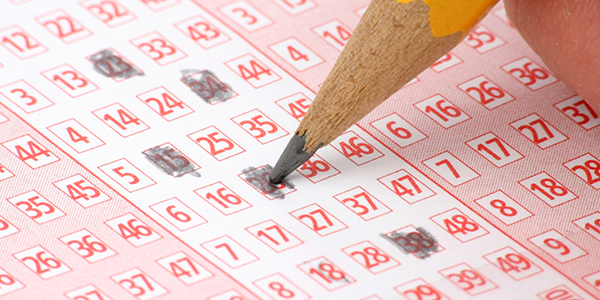 Camelot, operator of The National Lottery, will wrap up a fantastic Tokyo Games – where TeamGB and ParalympicsGB won an incredible 189 medals ­– with two special National Lottery draws.

Less than a week after the Lotto draw, on Friday 24 September, a special EuroMillions Super Jackpot draw will see a mammoth £107 million jackpot up for grabs – and will provide an expected 71% sales uplift for retailers. National Lottery retailers should have already received POS for the EuroMillions draw and should site this immediately to maximise sales.

On the theme of Tokyo, and thanks to Camelot’s National Lottery Retailer Hub – which offers retailers who have registered more than just cash prizes from its rewards initiatives – 25 lucky National Lottery retailers attended the ParalympicsGB Homecoming event at London’s SSE Arena on Sunday (12 September) after winning tickets via the Hub.

Amardip Johal from Johal News in Bilston, Wolverhampton, who won tickets and attended the Homecoming event, said, “I’d like to say a massive thank you to The National Lottery for such a beautiful event, which I enjoyed so much. It was a once-in-a-lifetime event and I’m already looking forward to the next one. Maybe next time I can get my hands on more tickets!”

Camelot’s Retail Director, Jenny Blogg, said, “We’re expecting a huge player turnout in retail for these upcoming special event draws – after what has been a fantastic National Lottery campaign in retail for the Tokyo Summer Olympic and Paralympic Games. This will no doubt lead to increased footfall and sales around the two draws, and should give retailers a sales boost as we wave goodbye to a hugely successful summer.

“I’d like to say thank you to each and every National Lottery retailer for all your hard work this year – as always, this is key to helping The National Lottery raise around £36 million each week for Good Causes, including funding for our hugely successful TeamGB and ParalympicsGB athletes.”

National Lottery retailers can sign up to the Retailer Hub today to access a range of benefits, including ticket giveaways! Just go to www.tnlretailerhub.co.uk to register. 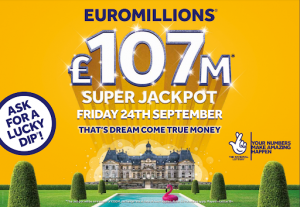 The NFRN has joined 12 other business representative groups...

Camelot, operator of The National Lottery, will wrap up...

As a result we of reported disruption at our...

28/04/2020
Hampshire police have released scam awareness flyers outlining the most common scams being seen at the moment.
Read More

03/02/2021
The price of the Saturday edition of the Daily Telegraph is rising by 20p from February 5, but the publisher will be keeping back the improved retail margin for six months.
Read More

23/02/2021
According to a BBC report, an extra £270m is to be made available to offer long-term financial help to businesses in Wales.
Read More
This website uses cookies to improve your experience. We'll assume you're ok with this, but you can opt-out if you wish. Read More Cookie settings ACCEPT Reject
Privacy & Cookies Policy