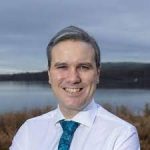 Tom Arthur, the Scottish Government Minister responsible for retail, is a keynote speaker at The Fed’s Annual Conference in Scotland.

Mr Arthur, the Minister for Public Finance, Planning and Community Wealth, was born in Paisley and has been the MSP for Renfrewshire South since 2016.

Last year he launched the 100 day £10 million Scotland Loves Local Fund. This was to provide 50 per cent match funding for local projects between £5,000 and £25,000 for small-scale improvements, climate, active travel programmes, home delivery digital schemes, pop up shops and markets.

In October, he rejected calls to stop large traders opening on New Year’s Day. Then he set in motion potential tighter restrictions on out-of-town retail development.

After completing his studies in music at Glasgow University, Mr Arthur worked as a freelance piano teacher and keyboardist, performing at weddings and corporate events across Scotland.

He is a Deputy Whip and has previous served as Parliamentary Liaison Officer to the Cabinet Secretaries for Culture, Tourism and External Affairs, Health and Sport and Justice. 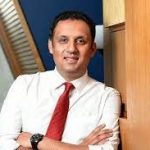 Scottish Labour Party Leader, Anas Sarwar, is no stranger to the retail trade having helped his parents in their local shop as a child..

Mr Sarwar is a current MSP and a former Westminster MP who has been the Scottish Labour Leader since 2021. He the first person of colour and first Muslim to lead a major UK Party.

At Labour’s conference this month, Anas said his party had to shake off its “culture of defeatism” and be “unashamedly pro-business.”

He told the conference: “We need to create an environment where good businesses can thrive, pay their fair share in taxes, and help to unlock the potential of all the people in Scotland.”

His father Chaudhry Mohammad Sarwar, went on to run a successful wholesale business and become the first Muslim MP in the UK, before moving to Pakistan to become Governor of the Punjab.

His mother Parveen once chased a crook who had robbed the family’s convenience store in Glasgow down the street with a chair leg.

In an interview with BBC Radio 4 his wife, Mrs Sarwar who has four children said Anas was: “the one who didn’t get up to mischief.”

“He’d open the door for every guest. He used to take the bins out, help me with the shopping.” 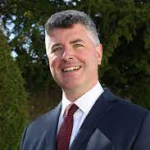 David Hamilton is a Police Inspector and was elected as the Chair of the Scottish Police Federation in April 2020. He has extensive operational experience, not least in retail, and is a regular media commentator on national policing issues. He is an active Public Order Commander and Post Incident Manager.

David, a Board member of the charity Edinburgh Direct Aid, has just returned from a humanitarian mission to Ukraine. During the last major European conflict in Bosnia, he drove trucks with supplies for Bosnians under siege.

He is Co-founder, Treasurer and Secretary of the charity Remembering Srebrenica Scotland. His expertise includes response to chemical, biological, radiological and nuclear materials or weapons. 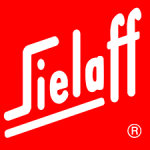 Steven is highly knowledgeable about the design and technology of the deposit return scheme. He was founder of the Reverse Vending Corporation in the UK almost 20 years ago.

A few months ago, he took on the new role of Technology and Business Development Manager at the German company Sielaff and has been regularly engaging with the Fed on all DRS related matters. 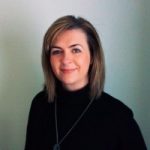 Carol Wyllie is one of five police officers seconded to the Scottish Business Resilience Centre. She has a degree in retail management and specialises in advising retailers on how to become more resilient and proactive towards preventing crime.

Her talk will focus on issues such as: CCTV, lighting, and personal safety (particularly at times retailers are working alone in a shop). She will also discuss the advantages and limitations of technology such as body cameras, as well as the risks of insider theft.

Carol will also go through the steps of managing conflict in stores and will advise on how to recognise the early signs of aggression and how to respond appropriately. She will also provide insights into the new Protection of Workers law.

The presentation will end on the new trends in retail crime that threaten the business community. These new threats include cyber crime which has increased tenfold due to the accelerated move to online retailing during the pandemic. 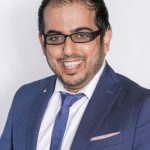 Ferhan has been very active within his community, serving on Prestonpans Community Council since 2014 and then going on to chair the Preston Seton Gosford Area Partnership from 2016 till 2020. He also chaired the Cockenzie Forum (site of the former power station) from 2018 to 2021.

Ferhan joined The Fed’s Edinburgh branch in 2016 and has served on the Scottish District council since 2017. He was elected Scottish President in March 2020 serving his term during the pandemic years. Ferhan also sits on The Fed’s National Council.

He told the Fed: “Retail has been in my family’s blood over the last 35 years.” 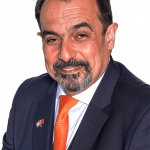 Narinder, who owns Great Haywood Spar, in Staffordshire, began a lifelong career in retail at the tender age of 12.

He said: “I used to help in my family’s shop after school and on Saturdays. I actually bought my first newsagents in 1984 and was there until 2018.

“I became self-employed because I felt it was better than working for someone else. I was a paper lad even before that, so you could say 50 years in the trade – half a century and not out.”

Narinder joined the NFRN in the same week that he bought his first shop. “For me it was a no-brainer,” he said, “as there is strength in numbers when dealing with large companies and corporations.”

Having held every position at branch and district level, and quite a few at national level, Narinder is currently an ambassador for the NFRN Credit Union.

Outside the Federation, Narinder is very active in the local community. He is a founder member of Mahal Warriors F.C. and is still heavily involved in the running of the club. He is also a child welfare officer, CRB officer and has an FA Level 1 football coaching qualification.

Narinder recognises that the NFRN provides great support and exclusive offers for members, but would like to see more in terms of deals with the finance sector.

He said: “My vision for the future is for the NFRN to look after the members with preferred deals, preferred banking terms and, something which seems to be on the back burner, health deals. Preferred deals with say gyms, spa centres and hotels etc to give members the feel-good factor back after lockdown.

“The ultimate vision is that no member has to pay fees. That is being realised at the moment through the deals we have available. The deals are worth more than the annual fee – so it is a win-win situation.”