Government is failing to protect shopworkers 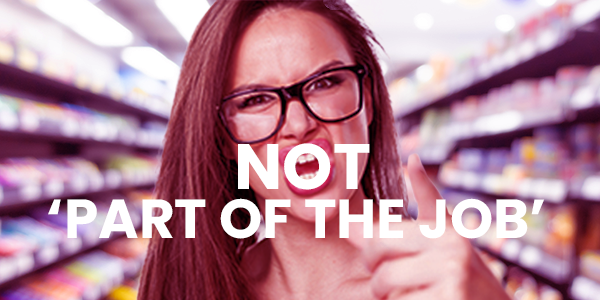 The Federation of Independent Retailers (NFRN) has accused the UK government of failing to adequately protect victims of retail crime by not introducing tougher laws.

In its response to a call for evidence by the Home Affairs Select Committee, the NFRN says increasing verbal and physical attacks on retailers and their staff have reached unacceptably high levels, particularly during the Covid pandemic.

“Our members work in their stores from early in the morning until late in the evening, often with only one or two members of staff on duty, and, lacking the security back up that would be found in larger stores, they are extremely vulnerable to those who would rob the store or attack staff.

“Retail crime, be it in the form of shop theft or in the targeting of threats and violence against retail staff, has become an all too familiar part of the working day of many, if not most, retailers.

“Whether triggered by unwillingness to pay for goods taken or the refusal to sell age restricted products, being on the receiving end of verbal or physical abuse has, sadly, almost become part of the job for too many retailers.

The NFRN has been working to raise awareness of the issues related to retail crime for some time, engaging with MPs and peers of all parties and recently working with the APPG on Retail Crime under the chairmanship of Steve McCabe MP, for which it acts as the secretariat.

Mr Reddish said retailers have come to have little faith in the police to protect them. He added:

“The level of police response, or in too many cases the perceived absence of a response, has seriously undermined retailers’ confidence in the system.

“The criminal justice system has failed to send the right messages through the use of out of court disposals – seen by retailers as being on a par with a parking ticket – which has only served to encourage to those who steal, threaten and assault.

“Where cases do reach the courts, the criminal justice system continues to fail retailers, as even repeat offenders avoid custodial sentences.”

The NFRN has a issued a number of recommendations that it urges the Home Affairs Select Committee to support:

“We believe that if these steps are taken, together with a positive approach to responding to and tackling crime in retail premises, then it should be possible to move back from the position we are currently in.

Calculate the actual profit you can make from a viable HND...

08/10/2021
The NFRN National President for 2021-22 is West Midlands member Narinder Randhawa. Having held every position at branch and district level, and quite a few at national level, Narinder is currently an ambassador for the NFRN Credit Union.
Read More

10/05/2022
Deposit return scheme operator, Circularity Scotland Limited, has announced the payment that retailers will receive (the retail handling fee) for each can or bottle that they accept back. This payment is in addition to the refund of the 20p deposit...
Read More