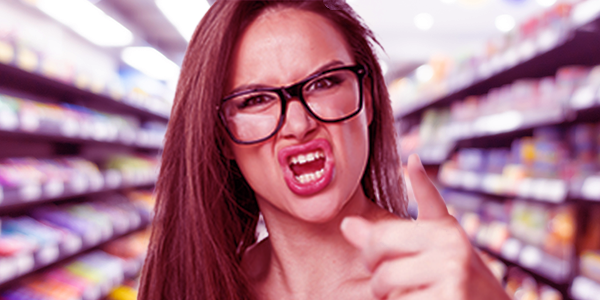 Shadow Home Secretary Nick Thomas-Symonds has responded to urgings by the Federation of Independent Retailers (NFRN) by raising the issue of attacks on shopworkers during a Commons debate on the Police, Crime, Sentencing and Courts Bill.

NFRN National President Stuart Reddish wrote to all MPs calling for the protection of retail workers to be included in the Bill. Hours later, Mr Thomas-Symonds pledged the Labour party’s support as the Bill went through its second reading.

The Shadow Home Secretary said: “Research has shown that, during the pandemic alone, one in six of our shopworkers has been abused on every shift, with 62% of UK shopworkers experiencing verbal abuse and almost being threatened by a customer.

“There have been awful examples of attacks on other frontline workers, who have been spat at, punched, verbally abused and intimidated.

“Labour is calling for wider measures to protect the pandemic heroes, extending protections to shop workers as well as other frontline workers.

“There is widespread support for this, with the additional protection for shop workers supported by organisations such as the Federation of Independent Retailers.”

In his letter to all MPs, Mr Reddish wrote: “The NFRN welcomes many of the measures and the focus on violent crime in the Bill, but we are disappointed that, while the maximum sentences for attacking emergency service workers are rightly being increased, the government has still not moved to offer similar protection to retail workers.

“Workers in the retail sector have long been victims of physical and verbal abuse, often triggered by age checks and the refusal to sell age-restricted products.  Over the past year, many retailers have become the victims of attacks for trying to enforce another set of government regulations – the wearing of face masks.

“No-one should face physical or verbal abuse just for doing their job, and the NFRN would ask for your support in calling for the government to amend the Police, Crime, Sentencing and Courts Bill to include provision to give retailers the support and protection they need and deserve.”

Calculate the actual profit you can make from a viable HND...

05/12/2022
Fed National President, Jason Birks, has joined fifteen leading business representatives in signing a letter to the Welsh Finance Minister calling for a minimum of freezing business rates ahead of next week's budget.
Read More

26/08/2021
From Saturday, September 4, the UK cover price of FT Weekend is increasing from £4.00 to £4.30 per copy, with retail margins increasing pro rata. The Monday to Friday price remains unchanged.
Read More
This website uses cookies to improve your experience. We'll assume you're ok with this, but you can opt-out if you wish. Read More Cookie settings ACCEPT Reject
Privacy & Cookies Policy